I had such a great day on Tuesday 31st March, as I was invited to the Olivier Awards Nominee lunch.  First we arrived at the Theatre Royal Haymarket for a press photo call and then we went on to the Haymarket Hotel for lunch. I had a lot of fun meeting and chatting with some of the other nominees, as well as spending time with Izzy, Perdy and Zoe, who are nominated with me for ‘Best Actress in a Supporting Role’, for Iris in The Nether. The play is nominated for four Olivier awards, which is amazing, and I’m really pleased for everyone involved in the production because all of their hard work has been recognised.

We even got to have some photos taken in front of the Olivier backdrop and statue. I’ve included some of my Mum’s photos in the slideshow below and here’s a link to the official event gallery… http://bit.ly/1CAHOjv

I’ll let you know how things go next Sunday and ITV are even televising highlights later that evening!!

There are only four weeks left now in The Nether’s run at the Duke of York Theatre, in St. Martins Lane. It’s been such an incredible experience playing Iris and I’m really going to enjoy the last of my performances. No doubt I’ll miss the show, the actors, the production and my friends playing Iris… so much!!! 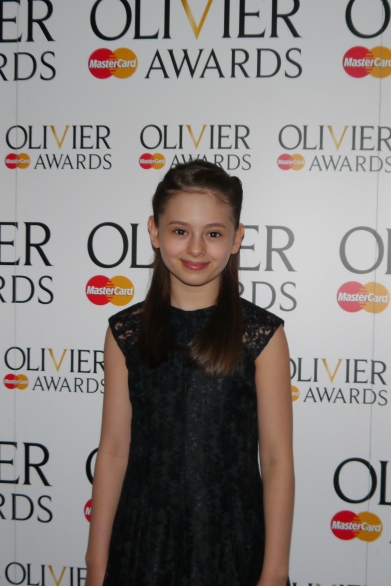 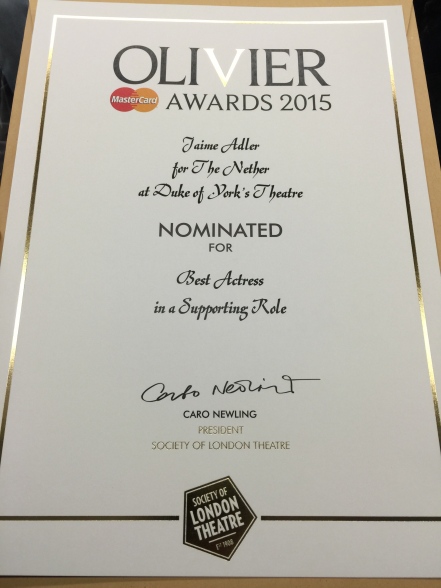 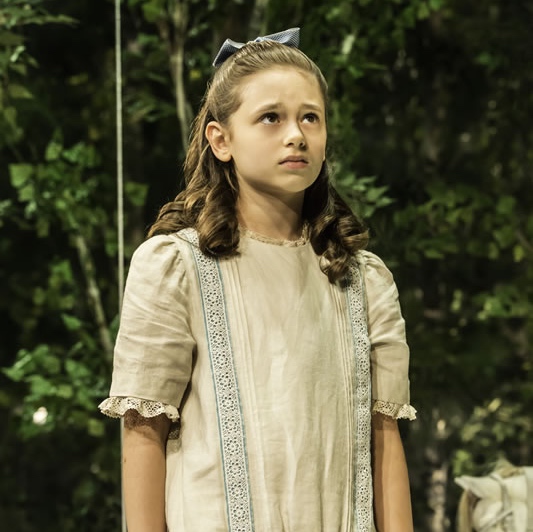