Last year I filmed the opening episode of ‘Damned’ Series 2, which aired on the 14th February ’18, on Channel 4 in the UK. I got to open the new series playing the character of Tiara, in this dark comedy written by Jo Brand, Morwenna Banks and Will Smith.

The TV show was shot by the wonderful and Emmy award winning Director, Natalie Bailey who gave me some amazing advice and support given the seriousness of the storyline in the script. Damned is a really dark comedy but it was offset by spending time with some of the funniest actors and actresses I have had the pleasure of working with. So, I have to call out Alan Davies and especially Jo Brand who had us all in stitches. Both of them have won Baftas too… wow!

I want to give special mention to Morwenna Banks too, who not only co-writes the series but is also the Executive Producer and has to be one of the loveliest ladies I have met in this industry. Thanks so much for all of the support you gave me, Morwenna, during the filming and after! 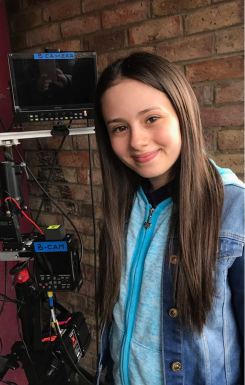 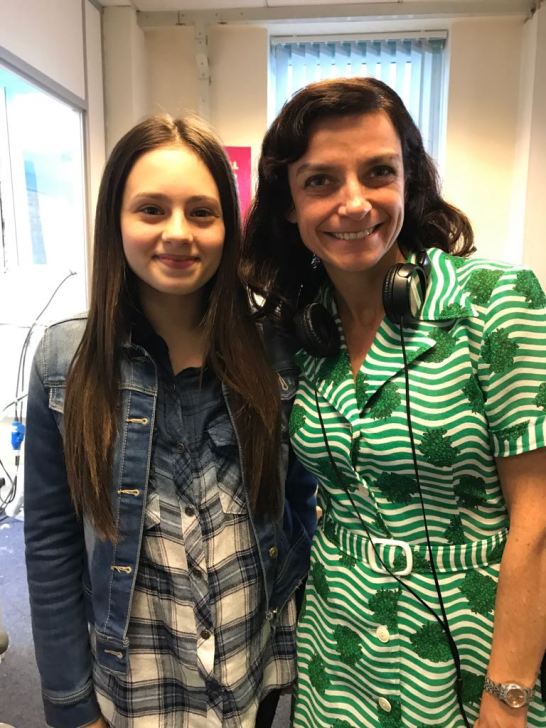 Here are a couple of clips from the episode…

The show’s had some really good reviews, from the UK press – I’ve added some of the quotes at the bottom of the post – and this is no doubt down to some brilliant writing and excellent performances from the whole cast. I feel it can be more of a challenge to bring out the humour when the significance of the subject is difficult to accept and adversely effects many people everyday, in real life.

All in all another amazing experience, which I definitely think has helped my acting grow and progress.

A new year and a new start… now living here in California!

I’m so excited to see what this year will bring. Here are my new headshots. I’m so happy with them, thanks to the fantastic photographer Lily K. I was so excited to be asked to record a track for this wonderful album release, over Christmas 2017, alongside other fantastic West End talent.

And from the UK – Jaime Adler (The Sound of Music, Les Misérables, Matilda, The Nether – Olivier-nomination), Ilan Galkoff (The Secret Diary of Adrian Mole, The Braille Legacy, Bumblescratch, Elf) Harriet Turnbull (Young Marx, What We Did On Our Holiday – Movie) and Natasha J Barnes (American Idiot, Funny Girl, Cinderella, Mack & Mabel: In Concert)

Net proceeds from the sale of the album will benefit Housing Works in NYC.
This makes me feel happy to know that we are helping the homeless.

Christmas has been a little crazy this year. Exciting, fun, festive with plenty of singing. Having last sung back in 2012 for the very talented songwriting-team Mark Petty and Barry Anderson they asked me to sing again in their West End concert at the St James’s Theatre, in aid of the ‘Make A Difference Trust’. And to make it more special they asked me if I would sing the same song – Santa You’re Still My Friend – albeit this time as the older sister.

I sang alongside Ilan Galkoff, who played my naughty brother, and the very cute Harriet Turnbull, playing my cheeky, younger sister! We had such fun singing together in rehearsals and the night itself went off perfectly… Ilan and Harriet were both brilliant.

And what a night… some of the most amazingly talented West End stars were there, each singing an ‘Anderson and Petty’ number, including Natasha Barnes, Amy Lennox, Gloria Onitiri and Katie Brayben to name just a few. There was such a great atmosphere at the venue and I managed to take some photos with some of my favourite singers/actresses. It was also great to work with the wonderful Simon Beck, Musical Director for the evening. 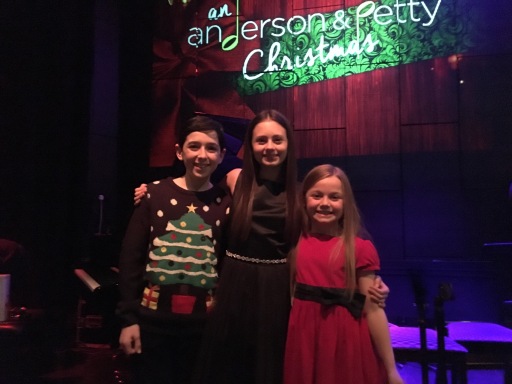 Jaime and the stunning Gloria Onitiri at Anderson & Petty’s Concert 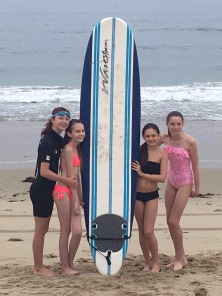 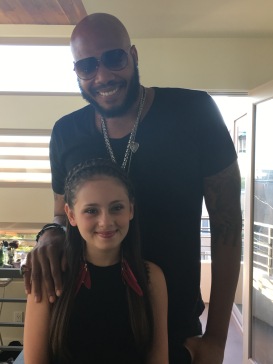 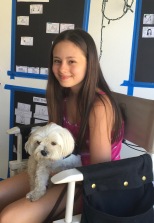 Over the Summer I filmed ‘Pretty Outrageous’ in Los Angeles. My first feature film. What an incredible experience… Summer 2016, my best Summer so far!!!

I was so lucky to have worked with an amazing cast of really talented actors and actresses. The film focuses on a group of girls who have moved to LA and what happens during their first Summer out of school. Forming a new band, playing modern country, they enter a competition in the hope of winning the grand finale… that’s all I should say for now. Spoiler alert!

We filmed the movie in lots of different locations, but especially around one of my favourite places in LA, Hermosa Beach. You can imagine, such a beautiful location with amazing weather, waves, sand and retro ice cream parlours. I really miss being there now. And I especially miss the other girls in the band; Isabella Blake Thomas, Scarlett Rayner and Ladybird Ward.

I play the role of Amy, one of the band members. There’s a few photos of us in my behind-the-scenes photo gallery. We worked with some amazing and really well known kids, based in LA. All so talented, and lovely at the same time; Olivia Sanabia, Gabe Eggerling, Jake Brennan, Cassie Brennan, Michelle Moores, to name a few. And an equally brilliant adult cast; Dan Richardson (we couldn’t have asked for a funnier actor to play Uncle Wayne), Cameron Bright, Georgia Hair, Charlie Wright and Franklin Vanderbilt who was our band’s drummer – this was one of the most exciting moments for me as Franklin is a famous drummer in his own right who plays with some real music legends, like Lenny Kravitz and Slash of Guns N’ Roses. Now that’s Rock & Roll!!

I also want to say a special thank you to our brilliant Director, Elizabeth Blake Thomas. She was an inspiration to us all. Calm, focused, always smiling and just brilliant to work with… as was her dog, Chai, who was always on set and somehow worked her way into getting a role in the film!

The film is now in post production, so I’m looking forward to seeing the final result. More news on that to follow…

Hi. My name’s Jaime Adler and this is my website and blog, which I’ve put together with my Dad. That’s me on the left with the lovely Psalms who also played Lavender in Matilda The Musical.

As it says, I love acting, singing and dancing, which I’d do every day if I could!!!

I’ve been really lucky in the last few years to have played a number of West End roles, and appeared on TV, in programmes and ads. This is my way of showing you some of the brilliant things I’ve been able to do, some of the fab people I’ve worked with, and post some photos and film.

Hopefully there will be more here too, in time. And if you like it please come back.