Back in 2011, I got to travel all over the UK with Andrew Lloyd Webber’s production of the Sound of Music. It was my first time in a big show and I got to play Gretl, the youngest of the Von Trapp family. I had a brilliant time. We performed at theatres in Glasgow, Manchester, Leeds, Newcastle, Norwich, Cardiff and finally in London as the tour ended at the Wimbledon theatre.

Jason Donovan played Captian Von Trapp, Verity Rushworth was Maria with Leslie Garrett as Mother Abbess. They were all fantastic, but the kids were the best… I loved the kids in my team!!!

One night Andrew Lloyd Webber came to watch us perform. And Sylvia and Norman Young. That was really special.

Travelling and spending lots of time with the other children was amazing, we had a lot of fun together, but the bit I really enjoyed was being on stage.

After show party with Verity Rushworth and the Von Trapp kids!! 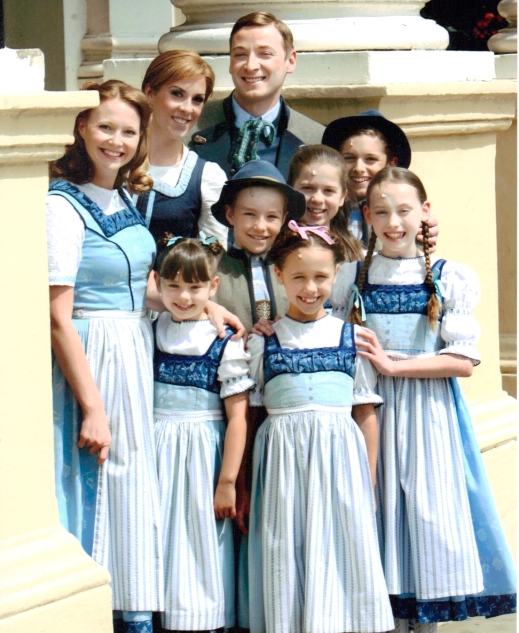 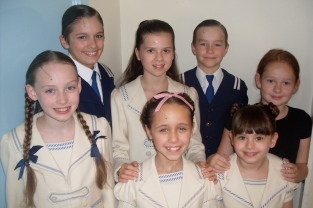 Jaime Adler and Megan Keast with Sylvia and Norman Young